Hey guys, hope you’re all doing well. Things have been getting pretty frightening in the world lately due to various circumstances, but at the end of May, a certain incident occurred in Minneapolis which I think needs to be addressed.

I’m sure you’ve all seen or read about that awful moment when 46-year-old George Floyd, a black resident of the city, was killed by white police officer Derek Chauvin during an arrest. All because of an allegedly forged banknote, Floyd was forcefully restrained on the ground by Chauvin while two other officers helped and a third prevented bystanders from interfering. For almost nine minutes, Chauvin knelt on Floyd’s neck, ignoring the man’s protests – “I can’t breathe” – until he lost consciousness. Chauvin did not even get off Floyd as emergency services arrived and tried to treat him; he was pronounced dead shortly thereafter, leaving behind five children.

Video footage of the incident quickly began to go viral, and by the next day – May 26th – local protests had already begun in Minneapolis. These continued to gain momentum and soon spread to the rest of the country, then to others, with human rights movements like Black Lives Matter spearheading the reaction; the example of George Floyd has been taken up as just the latest in a long, shameful history of similar incidents of racist police brutality in the US, with calls for change now echoing across the Atlantic and beyond. In 2020, it’s truly appalling that this fight is still being fought, but the time has come for it to stop. Enough is enough.

I must admit that at first, I was desensitised to the news, with initial thoughts like, “This happens all the time” and “Why is this particular case getting so much attention?”, but then it hit me – how horrific the current state of affairs is, for thoughts like that to even be occurring to me. A man begging for and then losing his life to a person whose job was, ostensibly, to protect others, yet I wasn’t even shocked by it… because it’s happened before. It’s been happening for decades, centuries. It happens all the time, not just in the US but in many places around the world. And it’s disgusting.

I debated for a while about what to post on this topic, or whether to even post at all, as I wasn’t sure it was my place to speak about something I’ve never personally experienced. But somehow, staying silent doesn’t feel right. I don’t typically make political posts on this blog, but this goes beyond politics – we’re talking about basic human rights here. I am a part of the same society that endorses these acts, and I have to acknowledge that by being born white, I have automatically benefited from a deeply-ingrained system that privileges me over my black contemporaries, often in ways I’m not even aware of. For instance, I once worked alongside a black colleague at university who had changed his name to something “whiter”, as he’d been having trouble getting interviews while using his real name on applications. How many times, I wonder, have I secured an interview or some other opportunity over an equally qualified black applicant, without even knowing it?

It’s ridiculous, prejudiced, unfair – yet it’s the reality for black people in many places. This new swell of support gives me hope for change in the future, even though a part of me is still pessimistic; after all, riots very similar to these were happening the year I was born, and here we are nearly three decades on seeing the same thing. Of course, change is possible – the Civil Rights movement is proof of that – and we might be on the cusp of something just as beneficial. I hope so.

The best thing I can do as a white person, and the best thing any white person can do if they want to help make a difference, is to read, get educated, and use the small platform I have here to speak up in solidarity with my black readers. Please, do not stay silent in the face of injustice – even the smallest contribution can make such a difference. Shut down that colleague making a racist joke, support that local black-owned business instead of the bigger chain store, and most importantly, talk to your black friends, black neighbours, black relatives. Listen to what they have to tell you about their experiences and show them your support. You’re all a great bunch of folks, and I believe in you – we can make a change together.

To my black readers, I say this: I see you. I hear you. Black Lives Matter.

In the spirit of recognition, I’d like to take a moment to highlight a few of the key black animators and directors working in the industry, as well as a few of the black characters that have been featured in the works I’ve reviewed so far. Some names you’ll know, some you might not, but please do look up their work and show them some love!

The Muses in Hercules

Sweet in Atlantis: The Lost Empire

Mildred in Meet the Robinsons

Tiana in Princess and the Frog

Mama Odie in Princess and the Frog 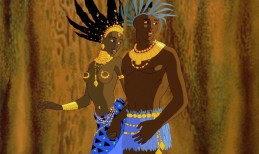 Karaba and Kirikou in Kirikou and the Sorceress

Kirikou’s mother in Kirikou and the Sorceress

Tzipporah in The Prince of Egypt

Miles Morales in Spider-Man: Into the Spider-Verse

Lee and McNeely in Ralph Breaks the Internet

Kale in Sinbad: Legend of the Seven Seas 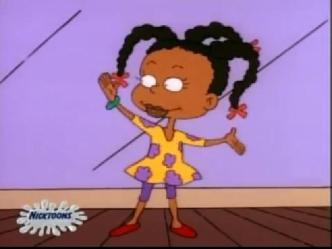 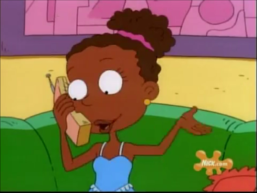 Juka and his family in The Wild Thornberrys

Jomo in The Wild Thornberrys Movie

Thank you for your time, and I’ll see you again soon.

Consider making a donation, if you can!